We’ve had lots of excitement recently. Baby G turned one! Now that she is officially a toddler, it’s time to drop the “Baby” from the name I use for her here, and time to start referring to her as G. G’s first week as a one year old was a big one. In a three day span she had her first birthday party, her first trip to Disney’s Magic Kingdom, and her first swim lesson!

Despite Gary, then G, and finally me being sick with a cold in the two weeks leading up to her birthday, the party came together pretty well! We did a simple Mickey Mouse Clubhouse theme. We grilled hotdogs, ordered a couple of pizzas and decorated mostly with streamers from the dollar store and balloons we blew up ourselves with a Balloon Time Tank 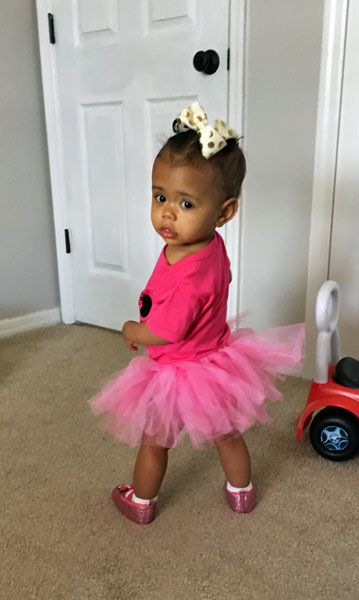 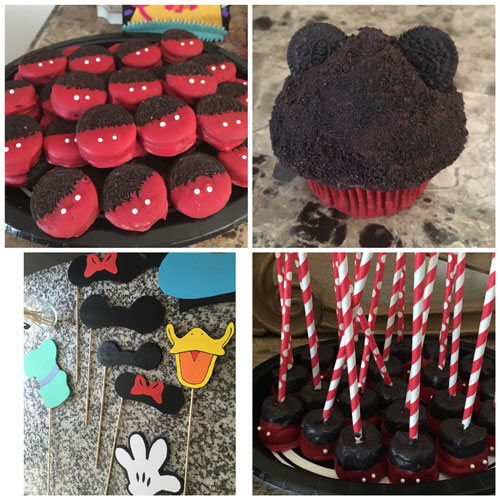 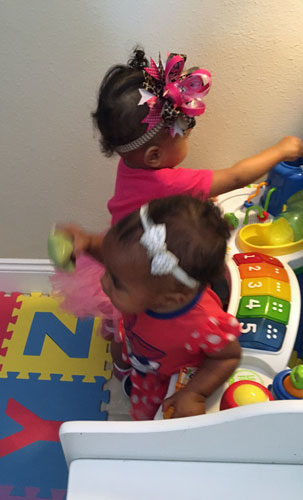 G had so much fun playing with other babies her age! 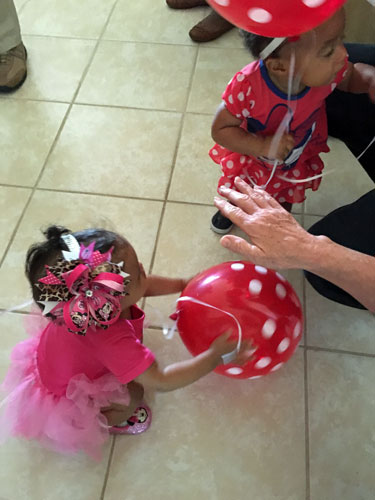 Trying to bounce her balloon like a ball with the help of a friend. 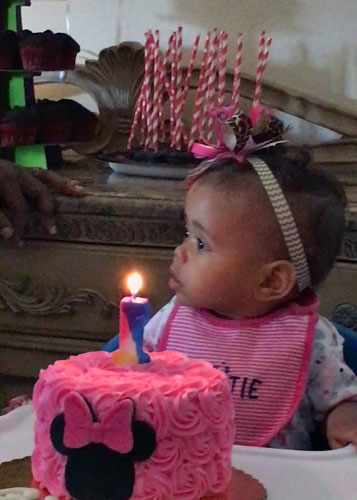 Her beautiful smash cake ended up being eaten by party guests. She had no interest in trying it and began to cry when we offered her a small bite. 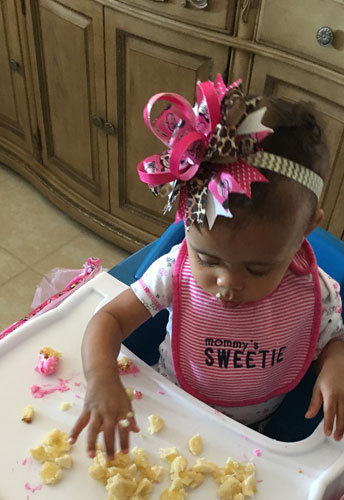 But she perked right up once she had a banana on her tray. 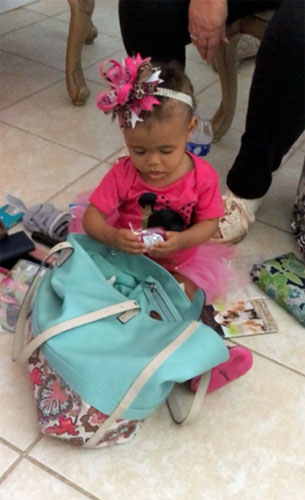 Going through Grandma’s purse might have been the highlight of her day. 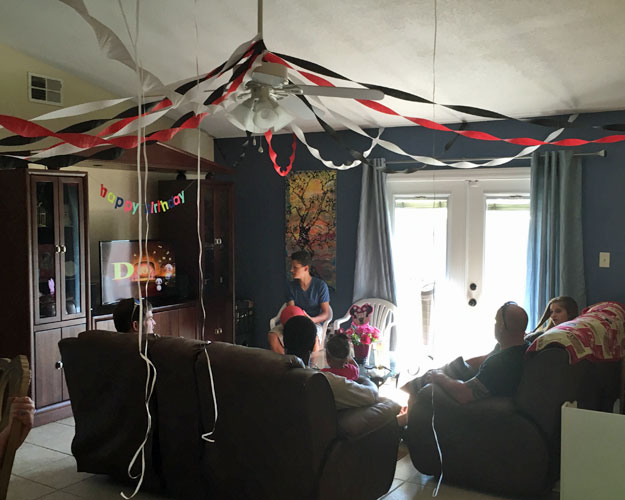 After opening presents, she ended the day relaxing on Daddy’s lap while watching nursery rhyme songs.

Since G’s birthday fell on a Monday, we celebrated with family and friends the day before. Then, on her birthday, Gary and I spent the day with G at Disney World! We are so fortunate to have a kind friend who works at Disney and was able to bring us to Disney for free! 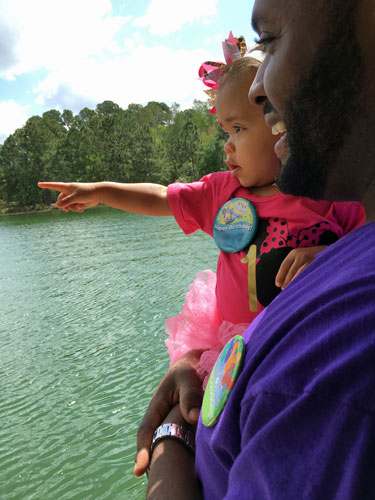 G had plenty to show Daddy on the ferry ride to the park entrance. 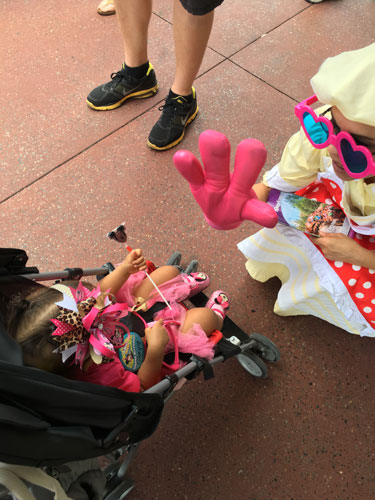 This sweet lady greeted G as soon as we walked in. When she noticed it was her birthday she gave her a free lollipop, then paraded her around the sweets shop, encouraged everyone to sing happy birthday, and gave her a free Mickey treat from the store! G loved it and carried her wrapped lollipop everywhere! 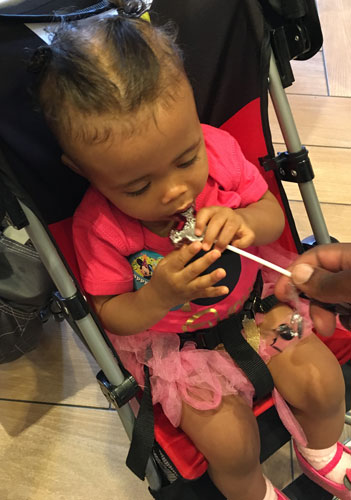 Until we eventually let her try it. Since she hadn’t had any sugar before, besides one failed attempt at giving her a piece of cake during her party, we weren’t sure what she’d think. 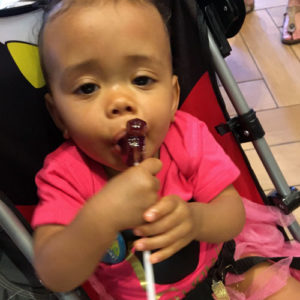 It didn’t take her long to realize that sugar tastes goooood! 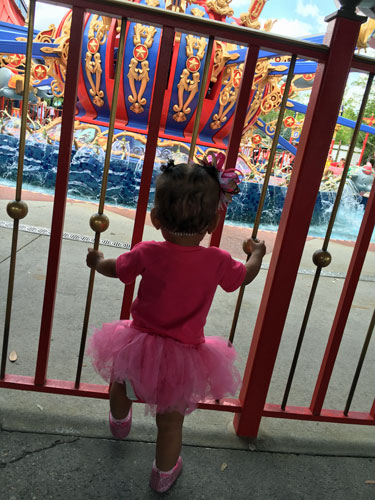 The Dumbo ride was G’s first ride at Disney World! 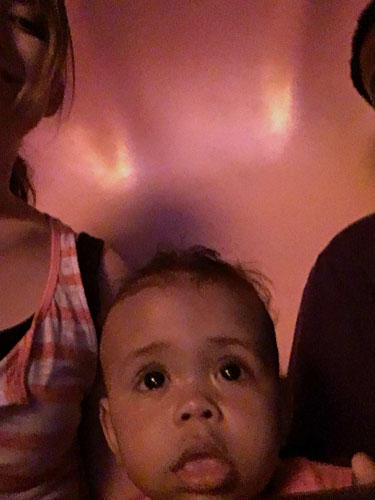 Then, we stopped by The Little Mermaid ride. G was in awe of the talking seagull. 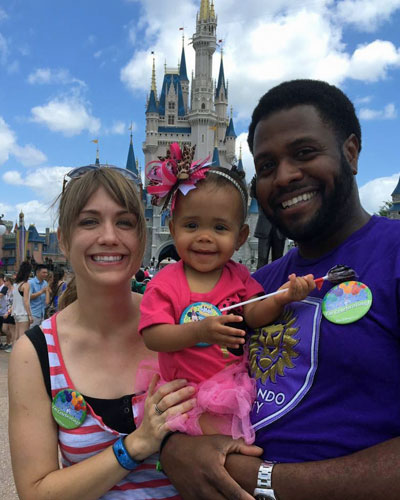 We also rode the People Mover (Transit Authority) and watched the parade. And of course, took a picture in front of the castle. 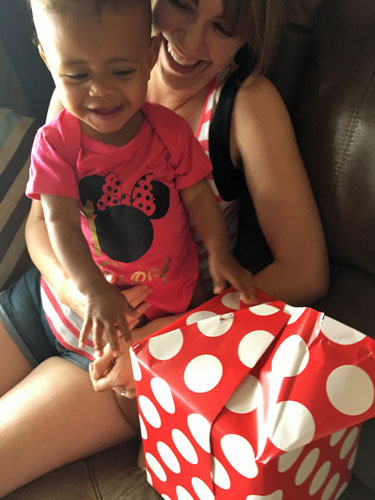 Once we got home, G opened her gifts from us. She loved her gifts, and everything was purchased second hand for an excellent price, with the exception of this beautiful Jesus Storybook Bible

We live in Florida, where there is water EVERYWHERE! Accidental drowning is a serious concern  for children in many states. Fortunately, G was able to start ISR swim lessons the day after her birthday! These lessons focus on water safety, teaching babies and children what to do to survive if they fall into water. We were so blessed that many family members and friends contributed to cover the cost of her lessons in lieu of, or in addition to, birthday presents. 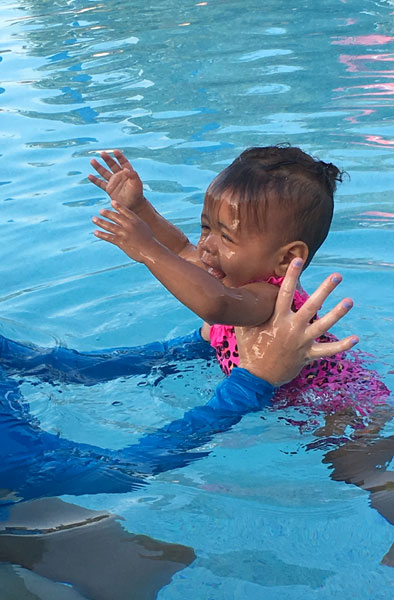 G is not a fan of going underwater, but did well with learning to close her mouth when going under the first day. Since then, she’s learned so much, though she’s still learning to enjoy her lessons.

Have you had any big celebrations recently?