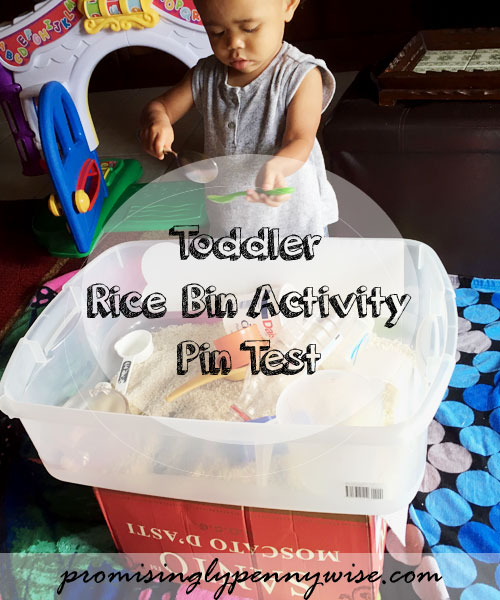 If you have a toddler, you’ve probably experienced the challenge of trying to cook dinner with an active toddler underfoot. In our house, this seems to be the time when our sweet sixteen month old G decides she no longer wants to play with any of her toys and must be held, or at least allowed to get into everything that is off limits. When G was younger, I would pop her in a baby carrier and wear her while I prepped as much as I could, though not while using the stove. At 20+ weeks pregnant, that’s not a comfortable option anymore. When Gary took over the daily task of cooking dinner it seemed like the problem was solved once and for all. That is, until we started preparing for him to leave for a two week trip.

With Gary out of town, I knew I needed to find something to keep G busy while I prepped dinner and got other chores done without constantly resorting to turning on a video. Pinterest, as always, was a huge help in generating ideas. I found plenty of toddler activities, and decided to start with one that required little prep on my part.

Busytoddler.com’s post on how to make a toddler rice bin seemed like the perfect starting point. It was promoted as the easiest toddler activity ever, and I had everything needed to set it up already on hand. So, on Gary’s first day out of town, I pulled out a large bin, some rice, and scoops, and set up our very own rice bin. 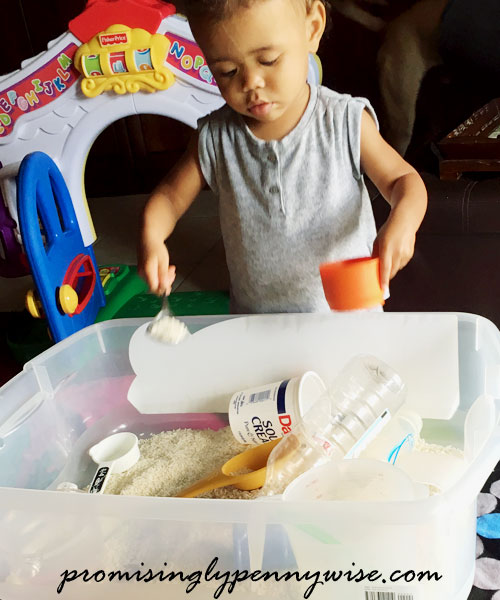 So, what were the results when testing this Pinterest idea? The first time I set this activity up for G, she played for thirty minutes straight. If you have a toddler, you know that is a huge success. This activity certainly passed the Pin Test!

What I learned while testing this idea:

I’m looking forward to trying some of the other ideas at www.busytoddler.com! To see full instructions on setting up a rice bin for your little one, click here.

What tips do you have for keeping your toddler entertained?