Wow, it’s been a long while! I didn’t intend to take a temporary hiatus from my blog, but I’m thankful for the reason behind it.

Six weeks ago, G helped us announce some very exciting news on Facebook. 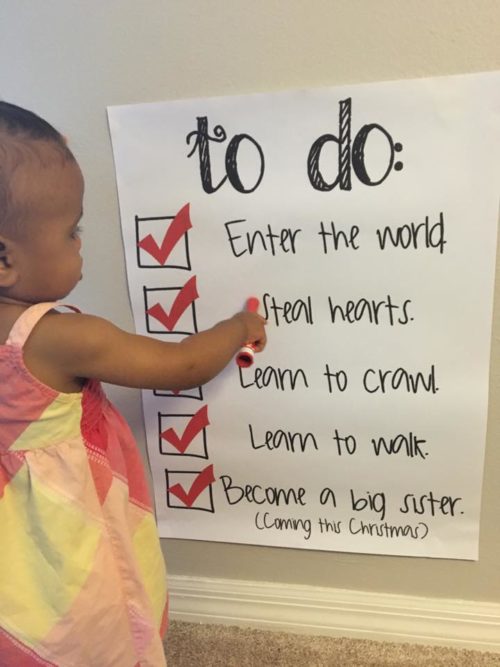 We announced early. Like two days after we had our first faint positive early. When I was pregnant with G we waited until we had our first sonogram and saw her little heartbeat before we announced publicly. After losing a baby to an early miscarriage in February, we decided that next time we would announce right away, rather than wait. I explained why here.

So, this time we did announce early. It wasn’t easy, but I’ve realized that life is fragile at any stage, first trimester, second, third, infancy, childhood, adolescence, adulthood. All of it is fragile, and I can’t live in fear and what if’s. For now, I’ll do what I can to trust it to God and take this pregnancy one day at a time. 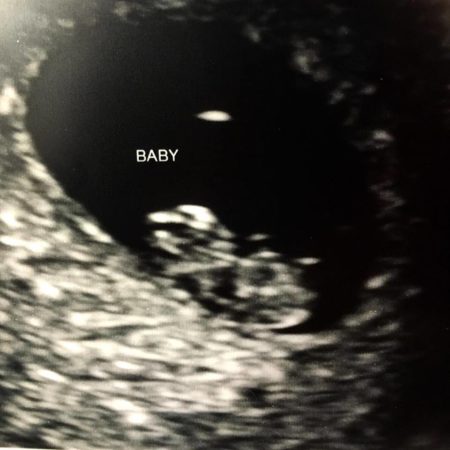 We got to meet our new little one during an ultra sound almost two weeks ago. His or her heartbeat was strong, and everything measured right on track for a due date just after Christmas!

We were thrilled to see our little one. Unfortunately we received some sad news as well. We learned that the pregnancy started with twins, but one didn’t continue to develop. As crazy as it may have been to have three children under two, I’ve always hoped for twins. I’m an identical twin, and it has been amazing to grow up with my best friend.

The loss of this little one was different than our loss in February. It was almost like finding out you had a miscarriage the moment you learned you were pregnant. We didn’t know there was a second baby to lose until the loss had already happened.

Initially, I wanted to believe that would make it easier, and tried to convince myself that it wasn’t necessary to grieve as hard for this little one as a I did for Valor. But while the grieving process was different, grief did come and I’m glad I was able to acknowledge it. We have not decided on a name for the little one we lost, but do plan on giving him or her a name soon.

So why didn’t I announce our pregnancy on my blog right away? I planned to, but before I sat down to take the time to write this post, pregnancy fatigue hit, followed soon after by all day sickness. It didn’t help matters that just when the fatigue set in, a strong aversion to even the smell of my beloved coffee started. I had already planned on cutting back to no more than two cups a day, but apparently the baby had other ideas.

This week, things seem to be getting a little better, and the second trimester is in sight! Here’s hoping it brings the promised renewed energy and relief  from nausea.

Have you had any exciting news lately?