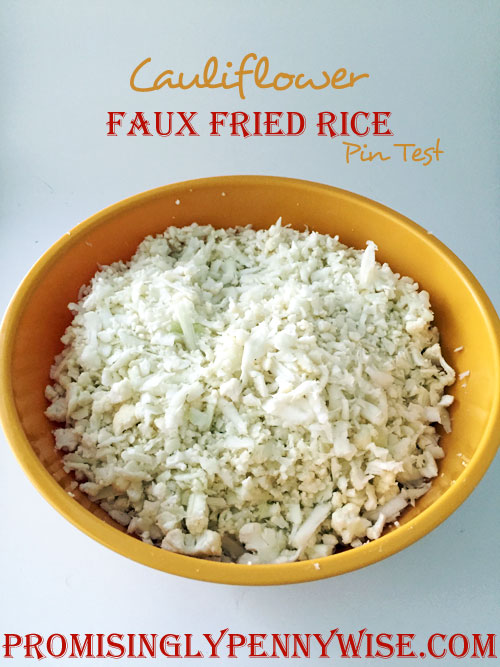 Confession: I actually tried this recipe long before Pinterest existed. Years ago, when my sister and I were in college, we both ate low carb for a couple of years. After quickly becoming sick of eggs, chicken, beef and pork dishes, we started looking for low carb versions of some of our favorite high carb treats. We came across a website that looked unassuming, but ended up being treasure trove of low carb recipes. One of our favorite recipes was for what we called Faux Fried Rice. Cauliflower took the place of rice in this dish.  We were a little skeptical. We wondered if cauliflower could really mimic rice, but we decided to give it a shot.

This summer, when Gary and I were in the middle of a thirty-day low carb challenge, I remembered this recipe. I couldn’t remember the exact URL of the site, but searching Linda’s Fried Rice on Google brought the recipe right up! To my surprise, not only is the site still there, but it’s still being updated! I pinned the recipe and decided to try the Faux Fried Rice again to see if it was as good as I remembered.

The first time I tried to make this, I decided to take a short cut. Instead of grating the cauliflower by hand, I threw it into the food processor. While it was quick, it ended up chopping the cauliflower to a finer texture than grating yields. Then, I made a second mistake. The recipe calls for 2 TBS to ¼-cup oil. I immediately used the max amount. I ended up with soggy Faux Fried Rice. Since I hadn’t followed the recipe exactly, I decided that I needed to try it again before I wrote a Pin Test review.

This time I grated the cauliflower by hand. Though it wasn’t as quick as the food processor, it was much easier than I remembered it being and really didn’t take too long! Then, I used 2 TSB of oil instead of 1/4 cup. I did make one change though: Due to having an onion intolerance, I omitted the green onions. 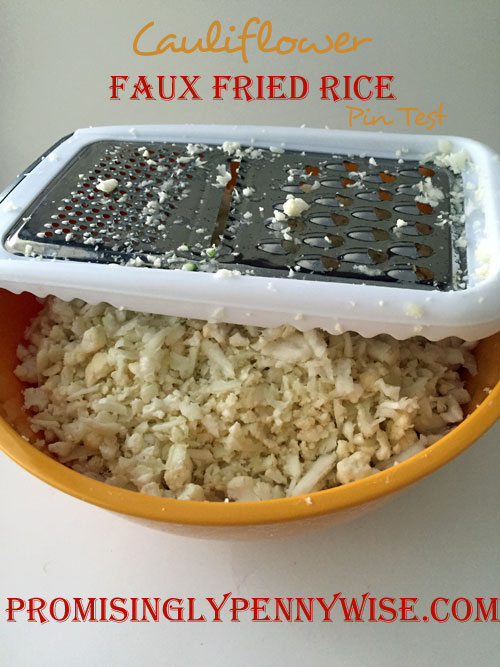 Grating the cauliflower is worth the time!

Even without the green onions, the second attempt passed the Pin Test and earned it’s way onto my “Repeat Recipe” list. This recipe is good enough to eat even if you aren’t following a low carb diet. If you’re looking to change things up, pick up a head of cauliflower next time you’re at the store and try it yourself!

Head over to http://www.genaw.com/lowcarb/ to see the full recipe, or click here. 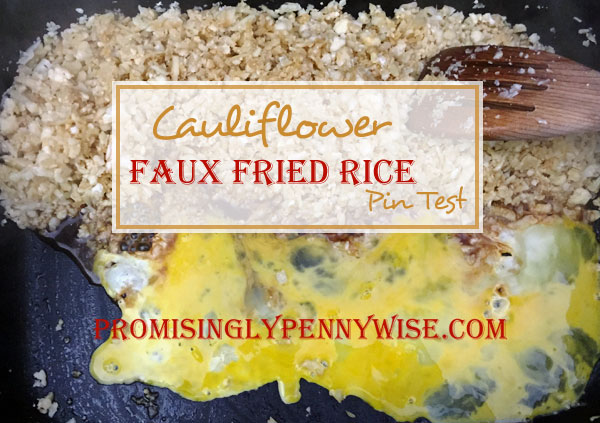 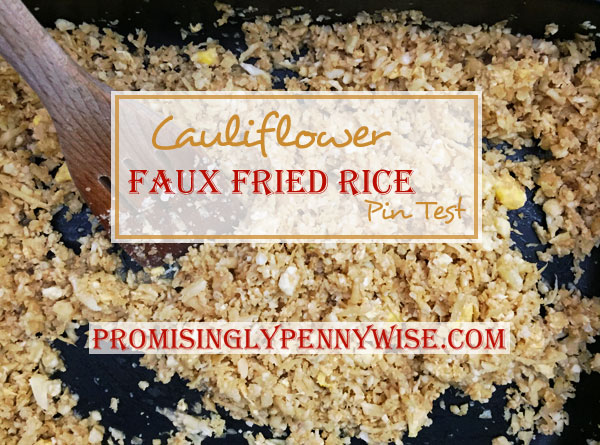