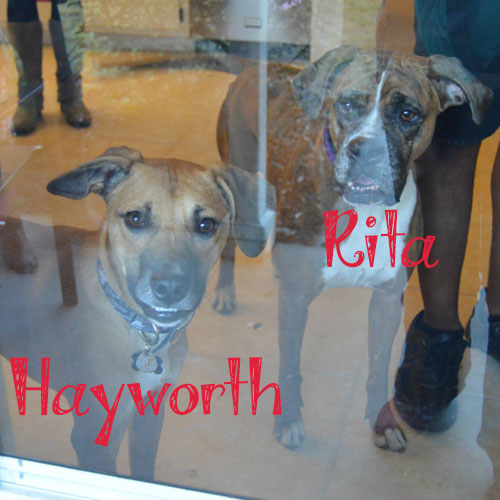 I’m pretty sure we have two of the sweetest dogs on the planet. Rita and Hayworth are best buddies.

If they’re not racing around the backyard together, laying in a sunny patch of dirt , searching the fence line on an ever hopeful (but thankfully unsuccessful) quest to catch a squirrel, or watching passerby’s though the front window, they’re usually curled up resting together. 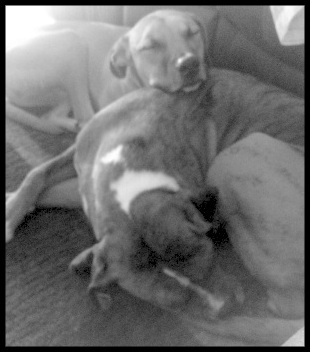 However, lately, our sweet Hayworth just hasn’t been himself. At first, we thought it was a reaction to the weather.
Hayworth is not a fan of thunder. Unfortunately for him, we live in Florida, where summers usually mean daily afternoon storms. Like this afternoon: 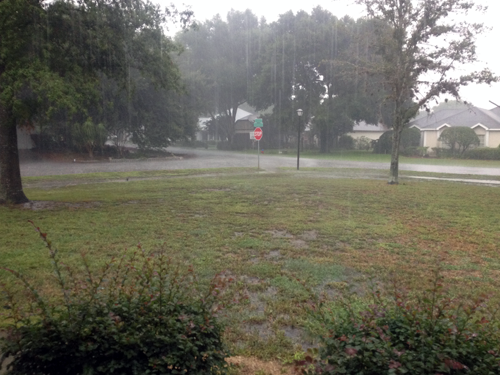 Hayworth has become our storm predictor. If we see him pacing and panting, we know thunder isn’t too far off.
Then, we noticed that even when the skies were clear and no thunder was within doggie ear range, he was still acting a bit off. He’s always been an attention seeker, but it was as if a flip switched to kick it into high gear. He began attempting to ignore the “Go lay down.” command that both Rita and Hayworth are used to. We use the command during dinner, or if the dogs are too excited when company is over, or if they’re just getting underfoot a bit too much. Usually, when we say “Go lay down.” both dogs will calmly go curl up on their rugs. Or in Hayworth’s case, lay upside down on his.
Instead, Hayworth seemed restless, constantly walking around and following us everywhere. 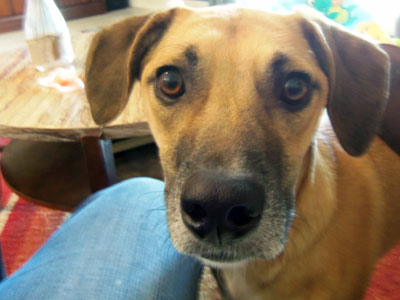 We wondered what had happened to our sweet, obedient boy. We adopted Hayworth at the end of July last summer, so this is our first full summer with him. We wondered if it really was just the weather and we thought it was possible that we just didn’t notice last year because we only spent the end of the summer with him.
Then, one afternoon a thought suddenly struck Gary.
“Where’s Hayworth’s bone?” He asked. We both realized we hadn’t seen Hayworth playing with his bone in over two weeks. Rita doesn’t care much for bones, but Hayworth, who still has some puppy energy, loves carrying around and gnawing on a bone.

Gary pulled an old spare bone out and tossed it to Hayworth, and suddenly all was right in Hayworth’s world. 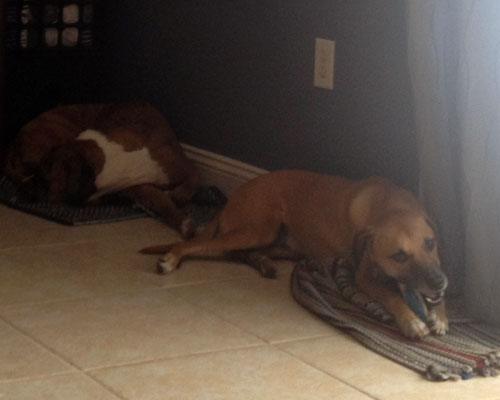 If only all problems were so easy to solve!

What problems have you had to solve recently?