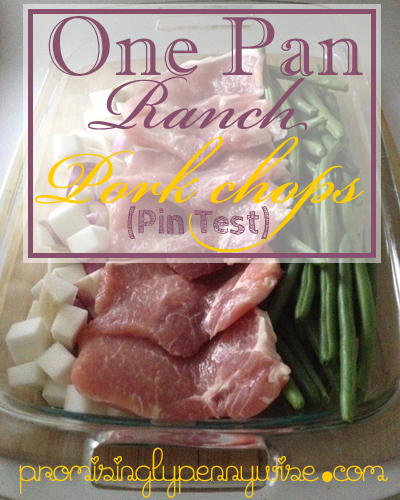 I’m always excited to discover a new, easy recipe. When I saw a recipe for One Pan Ranch Pork Chops at theorganizeddream.com, I knew I had to try them. I pinned the recipe to Pinterest to try once there was a good sale on pork chops. When I saw a buy one get one sale on boneless pork chops at a local grocery store this week, I eagerly pulled up the recipe to try.

This Pin Test is a little less authentic that my other tests because I made two slight altercations to the recipe. The recipe calls for canned green beans, but there was a great sale on fresh green beans this week, so I used fresh instead. The recipe also calls for potatoes, but Gary and I are currently eating low carb, so I knew I had to find a substitute. I subbed turnips for potatoes, prepping them the same way I would have prepped the potatoes. 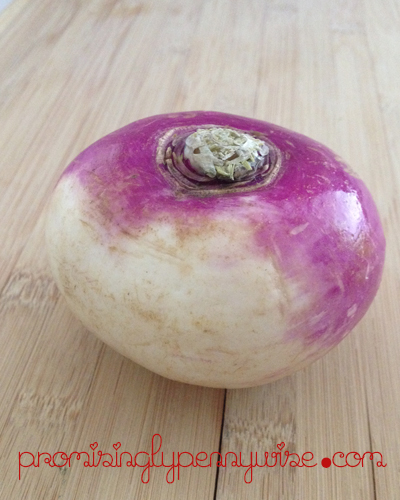 Turnips are no potato, but they’re delicious in their own way!

Potatoes are usually much cheaper than turnips (and they’re delicious too), so I plan to try the original recipe once we’re back to eating more carbs. Even with these minor changes, I think I was able to get a good idea of how the original recipe would have turned out.

I expected this recipe to be easy, but I was still surprised by how fast the prep was! Since the green beans were already washed and ready to cook, all I had to do was scrub and chop the turnips. Then, I just threw everything into the pan in the order mentioned in the recipe, covered it in foil, and popped it in the oven. It took less than five minutes! 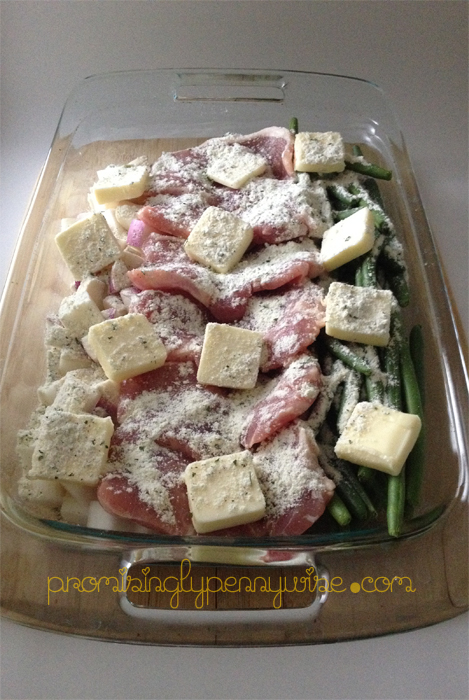 During the hour it took to cook, the aroma coming from the oven gave us high hopes that dinner would be amazing. We couldn’t wait to try it. Once the timer went off I took it out and peeled back the foil and saw it was ready to be served! 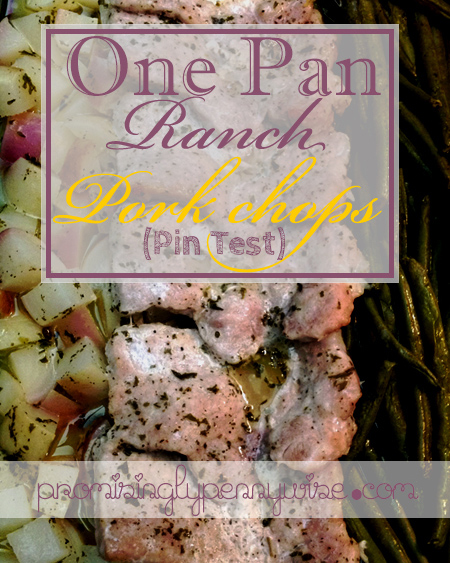 The only thing disappointing about this recipe was how quickly it disappeared. Not only was it incredibly simple to make, it was delicious! This is definitely going in my repeat recipe file. It was so good that I’m tempted to make it again later this week! This recipe passed the Pin Test with flying colors.
For full instructions and ingredients, head over to http://www.theorganizeddream.com. You can find the recipe here.